Posted at 10:09h in Pictures, Portraits by RichGibson
0 Likes

A lossy compression of humanity…

In 2011, 2014, and 2015 I took portraits in Quartier 21 of the Museumsquartier in Vienna. Here are some of those images.
Albrecht Dürer said that the portrait preserves the form of the person after death. It is an art which confronts and tries to defeat Death itself.

Landscapes of humanity, of sexuality: The act of portraiture is constructed as a process of abstracting away from reality to create an image. An image for objectification removes the mess and fuss of reality, it smooths out the complexity of the real with photographic manipulation which hides and removes deviations from the objectified ideal. Wrinkles, freckles, moles, extra weight, fly away hair, are all removed in the service of a manufactured ideal.

The resulting image contains less information than the original image. The image of clear skin requires fewer bytes to store than the complicated topography that was replaced. In this way objectification in images is a lossy compression of humanity.

All images are a compression of reality, but that compression can be exaggerated by our fixation on an ideal.

This project recontextualizes the traditional portraiture session in two ways. First the portraits are created by taking multiple zoomed in images of the subject and then stitching those together to create a much higher resolution image. This allows for the capture of very high resolution images. This detail is kept and the image is presented in a pan and zoom interface which allows the viewer to interact with and to explore the image.

The second recontextualization is to capture these images in public. In essence we are taking the traditional mode of capture in which the photographer is hidden and serves as the agent for all possible vewers of the image and inviting the audience into the process, to watch as the sausages are made. 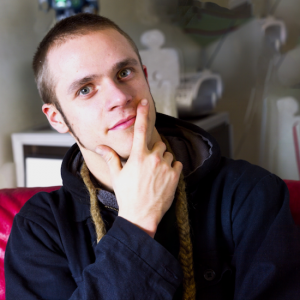 view on gigapan.orga link was here 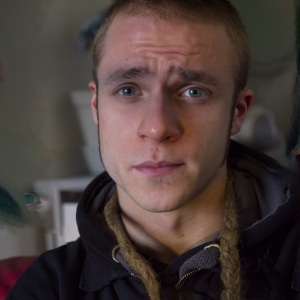 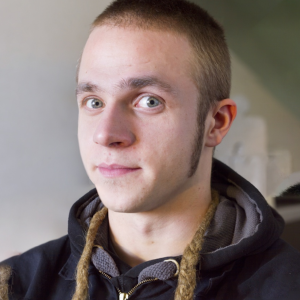